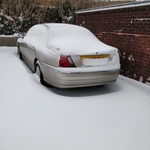 How can I teach my learner to describe pictures?

A child just picks up a phone and goes through its photo album describing the pictures in sentences.

Examples are:
John and Daddy are swinging in the park!
John is sitting on the sledge. :)

He looks at the adult by him so they can describe what is happening to him when he doesn't have the vocabulary, and repeats it after the adult looking for social approval.

The adult changing the sentences each time so he doesn't learn to associate a certain scene with a certain sentence. A lot of us dream of the day when we will ask 'Tell me what's happening' and our learner will say a sentence about a picture. In this learner's case, he did this spontaneously, and the pictures had not been shown to him before. That Child had not worked on that describing picture rote programme for years.

A few things happened though:

* He had experienced what was in the pictures and really enjoyed it (thanks for snowy days!).
* He was motivated to look at them and talk about them because they were reinforcing to him.
* His ABA programme focused on increasing his rapport with people and his preference for social play and social activities.
* He worked on pro-social behaviours such as referencing to others when he needed help.

There are a list of skills needed to perform this one task that are not usually described or mentioned in vocabulary building programmes. As part of his ABA programme, he has different programmes at present focused on teaching spontaneous behaviours and we can all see the effect on other behaviours that are emerging without formal teaching.

This learner has language building programmes and they are very important but the key here for this particular behaviour of describing pictures is that there was social motivation to look at the pictures and intrinsic motivation to describe them to the adult.

For more insight on programming for success feel free to check out my latest blog by visiting this link.

This is to ensure that experience using the website is the best possible. You can find out more about the cookies we use by reading our cookie declaration.

What are cookies?
Cookies are small files stored in your web browser to help the website interact with you. Without cookies, every time you visit a new page the website thinks you are a new visitor. This would mean for example shopping baskets would empty each time you clicked onto a new page. If you would like to read more about cookies , Wikipedia has a detailed article.

What if I do not want cookies stored on my browser?
You can block cookies via your web browser. You can find out specific instructions for your browser via Google. Please note though we provide no guarantee against unexpected results should you choose to block cookies on this website.